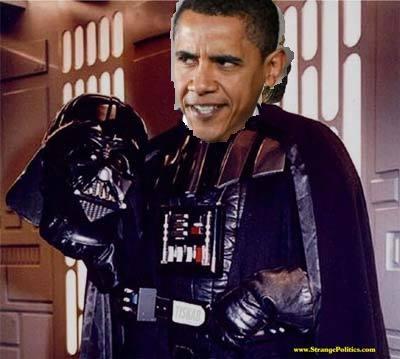 As a “Community Organizer” he compares himself to the Christian Messiah Jesus Christ and Governor Sarah Palin to Pontious Pilate.  I do see some great similarities though because is looks like Sarah Palin is going to crucify The Obamessiah in this years Presidential Election.

Apparently he has Lied on or as Democrats call it, “Embelished” his resume.

Don’t get me wrong – I’m a big fan of Barack Obama, the Illinois freshman senator and hot young Democratic Party star. But after reading his autobiography, I have to say that Barack engages in some serious exaggeration when he describes a job that he held in the mid-1980s. I know because I sat down the hall from him, in the same department, and worked closely with his boss. I can’t say I was particularly close to Barack – he was reserved and distant towards all of his co-workers – but I was probably as close to him as anyone. I certainly know what he did there, and it bears only a loose resemblance to what he wrote in his book.

Cathy Lazere [another commentor] calls Barack self-assured? That’s putting a nice spin on it. I found him arrogant and condescending.

The thing is, I worked next to Barack nearly every day he was at Business International–on many days angling for possession of the best Wang word processing terminal.

I had MANY discussions with Barack.

I can tell you this: even though I was an assistant editor (big doings at this “consulting firm”) and he was, well, he was doing something there, he certainly treated me like something less than an equal.

Funny thing… A journalism/political science major… Writing about finance… Pretending in his book to be an expert on interest rate swaps.

I remember trying to explain the nuance of these instruments to him in the cramped three Wang terminal space we called the bull pen. In contrast to his his liberal arts background, I had a degree in finance and Wall Street experience, so I knew what I was talking about.

But rather than learn from a City College kid, the Ivy Leaguer just sort of rolled his eyes. Condescendingly. I’ll never forget it. God forbid he leave the impression that a mere editor like myself knew more about something than did Barack.

From my viewpoint, Obama has spent most of his adult life avoiding work rather then actually performing any form of work.  He lacks any leadership experience in the legislature.  His legislative record is proof of that by voting “Present” and never really spearheading any groundbreaking peice of legislative work rather simply riding the coat tails of others and absorbing all of the glory.

If Obama were to be (G-d forbid) elected to POTUS, it would simply be a win for Pelosi, Reid, and Kennedy, for they would have a overwhelmed puppet within the Oval Office to do their bidding and sign everysingle peice of crap that they put on his desk.

The more we learn about Obama and the people who helped prop up this false messiah the more I fear him and his “Change” that he has in store for America.

One response to “Barack Obama: A Legend In His Own Mind”