I present to you, The Head of State!

I picture Obama more as a butt plug then a pussy pleaser though.  Judging by his economic policy and his desire to close down Club Gitmo only proves that his head is up his ass. 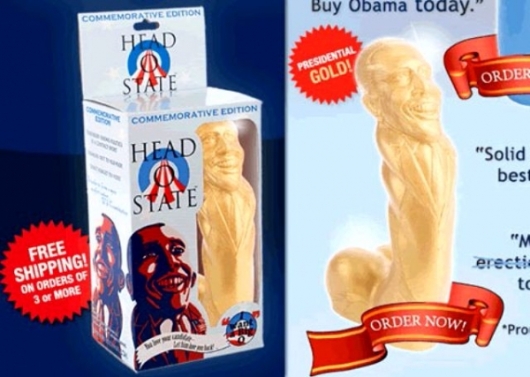 Comes in Democrat Blue or laughing so hard I pissed my pants Yellow.

Keith Olberman and Chris Matthews both swear by these items and give their 100% endorsement of this and it’s sold in all 57 states!

“Buy me and you’ll get an earful!”

“Promises not to flip-flop!”

“Turn your bedroom into the Lincoln bedroom.”

“In order to form a more perfect union…”

And what about Nancy Pelosi?

San Fran Nan is opening up to the new Head O State!

One response to “Head Of State: An Erection/Election To Remember!”