According to the schmucks at the UN (Useless Nations), the Rogue Islamic Nation of Iran now has enough enriched uranium for a Nuclear Weapon.

Iran has built up a stockpile of enough enriched uranium for one nuclear bomb, United Nations officials acknowledged on Thursday.

In a development that comes as the Obama administration is drawing up its policy on negotiations with Tehran over its nuclear programme, UN officials said Iran had produced more nuclear material than previously thought.

They said Iran had accumulated more than one tonne of low enriched uranium hexafluoride at a facility in Natanz.

If such a quantity were further enriched it could produce more than 20kg of fissile material – enough for a bomb.

“It appears that Iran has walked right up to the threshold of having enough low enriched uranium to provide enough raw material for a single bomb,” said Peter Zimmerman, a former chief scientist of the US Arms Control and Disarmament Agency

The new figures come in a report from the International Atomic Energy Agency, the UN’s nuclear watchdog, released on Thursday. This revealed that Iran’s production of low enriched uranium had previously been underestimated.

The Jewish State of Israel has been launching a covert war against Iran in an attempt to stop their Apocalyptic Nuclear aspirations sans Military Action, but those options along with time may be running out for the Jewish nation and is bound to strain US/Israeli relations with Obama’s readiness to sit and break bread with the Iranian Midget of Mayhem, Ahmadinejad and talk without preconditions.

Now one has to wonder, how long it will take the Terrorist nation to turn that stockpile of enriched uranium into a nuclear weapon and use it against Israel or the United States while the Obamessiah has his thumb up his ass right next to his head!  But alas, did not the Messiah say that “Iran is a tiny country that is no threat to us”?

Are your loins girded yet?

Were the Iranians going to Nuke Israel?

A couple of weeks ago, I was reading online reports about a Iranian Owned ship that had been captured by Somali Pirates and reports that the Pirates were mysteriously dying off.

BLACK FIVE is reporting that the ship’s cargo is radioactive sand from China, and was destined for the coast of Israel, where it was intended to be exploded in a “dirty bomb” attack against the Jewish nation. Folks, if that had come to pass, it would mean nuclear war between Israel and Iran, and at the present time, only one of those two nations has nuclear weapons, and it ain’t the mullahs.

On August 21st, 2008, the MV Iran Deyant, 44,458 dead weight bulk carrier was heading towards the Suez Canal. As it was passing the Horn of Africa, about 80 miles southeast of al-Makalla in Yemen, the ship was surrounded by speedboats filled with members of a gang of Somalian pirates who grab suitable commercial ships and hold them and their cargos and crews for ransom. The captain was defenseless against the 40 pirates armed with AK-47s and rocket-propelled grenades blocking his passage. He had little choice other than to turn his ship over to them. What the pirates were not banking on, however, was that this was no ordinary ship.

[Russian sources claim she] was an enormous floating dirty bomb, intended to detonate after exiting the Suez Canal at the eastern end of the Mediterranean and in proximity to the coastal cities of Israel. The entire cargo of radioactive sand, obtained by Iran from China (the latter buys desperately needed oil from the former) and sealed in containers which, when the charges on the ship are set off after the crew took to the boats, will be blasted high into the air where prevailing winds will push the highly dangerous and radioactive cloud ashore.

Given the large number of deaths from the questing Somali pirates, it should be obvious that when the contents of the ship’s locked cargo containers finally descended onto the land, the death toll would be enormous. This ship was nothing more nor less than the long-anticipated Iranian attack on Israel.

Is Iran that ready to initiate a Nuclear war with Israel before they even have a Nuclear Warhead?  Currently, only one of those two nations even possess nuclear weapons, and it isn’t the Islamofacists.

Of course the Mainstream All Obama, All the Time Media is ignoring this story in all likelyhood because they know how weak Obama is when it comes to national defense and they know how a story like this would benefit a Military Man like McCain.

Yesterday, Jesse Jackson was speaking infront of a audience in France and stated to the crowd that once in the Whitehouse, Israel will be totally fucked under an Obama administration.

Biden would rather offer a Terrorist a Presidential Pardon then drip water on his face and essentially pardon the terrorist then person dripping the water on a suspected terrorists face, per his own words!

TIM RUSSERT: I want to move to another subject, and this involves a comment that a guest on “Meet the Press” made, and I want to read it, as follows: “Imagine the following scenario. We get lucky. We get the number three guy in Al Qaida. We know there’s a big bomb going off in America in three days and we know this guy knows where it is.

Don’t we have the right and responsibility to beat it out of him? You could set up a law where the president could make a finding or could guarantee a pardon [to the person who did the torturing].

Obama—would you do that as president?

OBAMA: America cannot sanction torture. It’s a very straightforward principle, and one that we should abide by. Now, I will do whatever it takes to keep America safe. And there are going to be all sorts of hypotheticals and emergency situations and I will make that judgment at that time.

But what we cannot do is have the president of the United States state, as a matter of policy, that there is a loophole or an exception where we would sanction torture. I think that diminishes us and it sends the wrong message to the world.

RUSSERT: Senator Biden, would you allow this presidential exception?

BIDEN: No, I would not. And I met, up here in New Hampshire, with 17 three- and four-star generals who, after my making a speech at Drake Law School, pointing out I would not under any circumstances sanction torture, I thought they were about to read me the riot act. Seventeen of our four-star, three-star generals said, “Biden, will you make a commitment you will never use torture?” It does not work.

It is part of the reason why we got the faulty information on Iraq in the first place is because it was engaged in by one person who gave whatever answer they thought they were going to give in order to stop being tortured. It doesn’t work. It should be no part of our policy ever—ever.

BIDEN: Question, Tim, did you say pardon, as well? I’d pardon the son of a gun, if I got an atom bomb.

RUSSERT: That was—that was the scenario that President Clinton laid out [in a hypothetical during an earlier interview with the former president].

BIDEN: OK. Well, I would pardon — I would not torture, but if I thought I’d get the hydrogen bomb this guy had planted, I’d say, “Man, you’re out.” And then I’d figure out how he got taken care of later. But I would…

… I would pardon him.

RUSSERT: So you would be in favor of…

RUSSERT: No. It would be pardoning the person who… 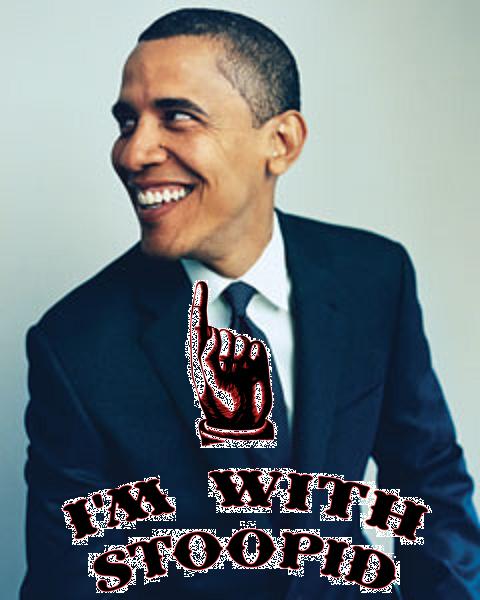 In the wake of Israel fighting back against missile attacks from Islamic Fascists in the Gaza Strip, Head Islamic Shiite Head In Charge, Ahmadinejad is once again stepping up the “Wipe Israel off the map” rhetoric.

IRAN’S President Mahmoud Ahmadinejad has said that Israel will be “uprooted” and its leaders put on trial as he condemned today’s deadly Israeli strikes in the Gaza Strip.

“I already said last year that the real Holocaust was in Palestine,” Mr Ahmadinejad told state television in an interview, alluding to his oft-repeated doubts about the magnitude of the mass slaughter of Jews in World War II.

“For any child that is killed (in the Palestinian territories), a judicial case will formed to find those behind it. They should know they will be put on trial, one by one,” he said.

Mr Ahmadinejad, who has caused international outrage by calling the Holocaust a “myth” and repeatedly predicting Israel is doomed to disappear, said the Jewish state was facing a looming confrontation.

“Gaza is the beginning, the real issue is elsewhere. They should know that both in the prelude and in the real thing they face a defeat and this time they will be uprooted,” he said.

Mr Ahmadinejad last month called Israel a “dirty microbe” and “savage animal” in a speech to a public rally, provoking a new wave of international condemnation of his anti-Israel comments

Recently, Ahamdinejad’s Evil Overlords, The Islamic Mullahs that actually dictate rule and law to the puppet midget in charge have tried to muzzle him from his rhetoric of destroying Israel, more then likely fearing that sooner or later Israel is going to tire of their promises to destroy the Jewish state and Nuke them before they get a chance to finish the Atomic Bomb they say they are not building.

In the meantime, the midget dicktastor, er I mean dictator is preparing for his trip to Iraq…….