Lately there has been this bullshit propaganda campaign by the followers of the Cartoon like Prophet Muhammad to paint the picture of him as a supporter of women’s rights…Yeah, as if!

Well,  the leader of the murderous cult was a lot of things, a pedophile was one of them….So, leave it to me to present my own propaganda campaign exposing Muhammad for what he really was…. 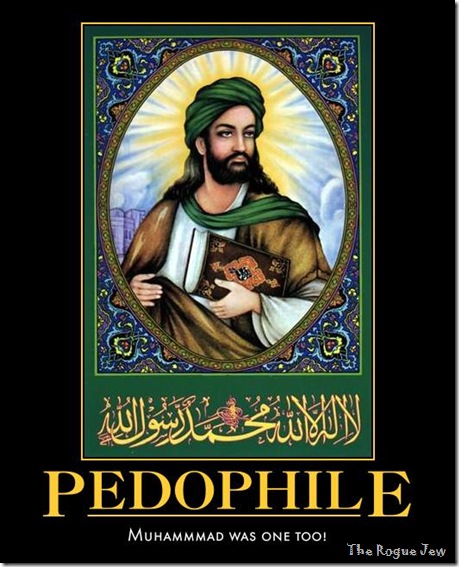