The Jewish holiday of Hanukkah is once again upon us and I thought just for shits and giggles I would dedicate this holiday that celebrates a Jewish Military Victory and a miracle to a particular ass wipe who failed in an epic way to destroy the Jewish people. 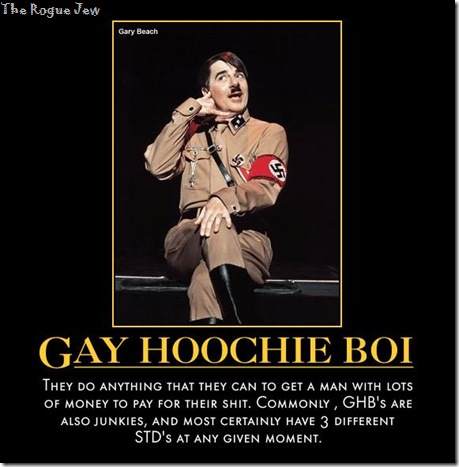 I only wish this cowardly fuck would have given the Jewish People the opportunity to hang him in Israel like they did Adolf Eichmann, but instead, Hitler chose the Ghey Wey out and ate a bullet instead this dying a cowards death.

One response to “Ghey Hitler”